Fireball Rally is about challenging yourself to a new adventure, meeting new people and travelling across Europe seeing new sights. 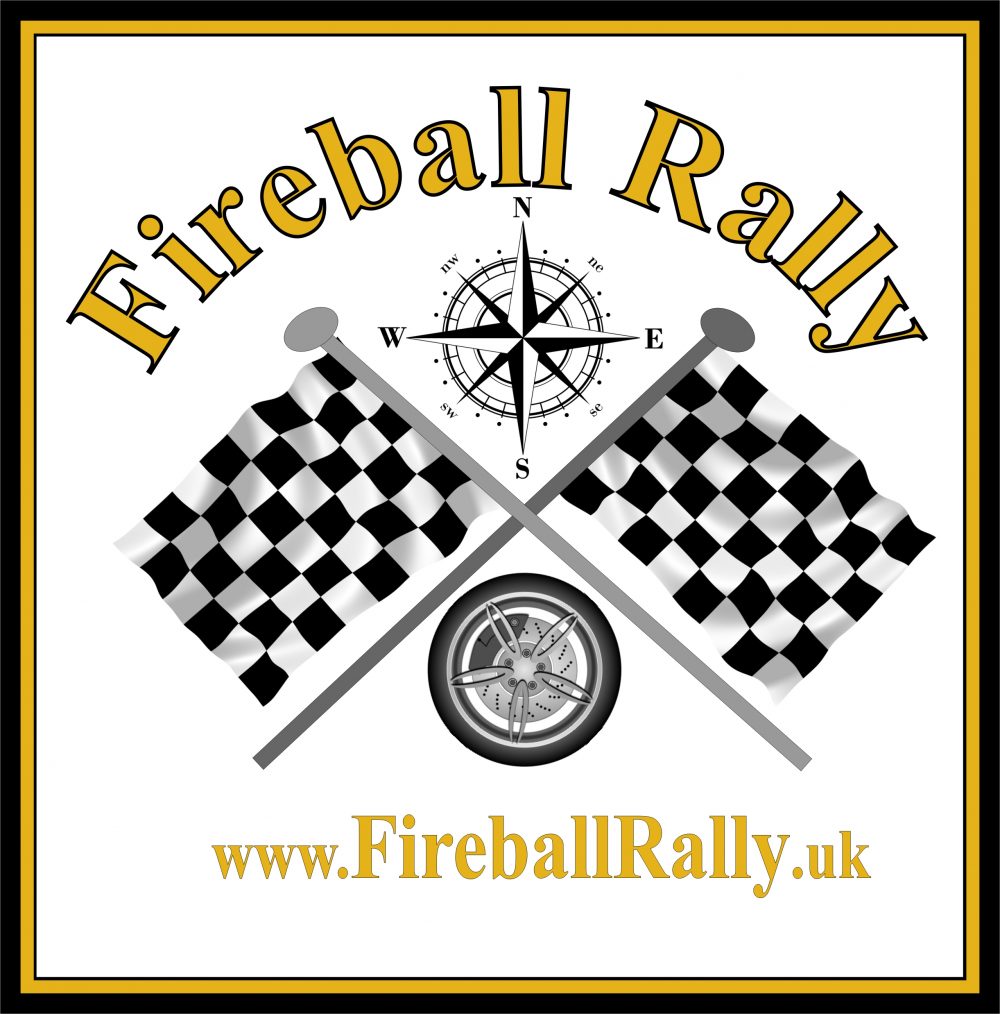 Visiting some of the Second World War’s most iconic locations including a Dam Busters Target Dam, Colditz Castle, Hitlers retreat: ‘Eagles Nest’ and a V2 Rocket site whilst enjoying some of Europe’s most stunning Countries and Culture including the Chitty Chitty Bang Bang Castle in Bavaria.

ALL CO-ORDINATES for everything here, and much more are provided by Fireball Rally Ltd, so you won’t miss a thing 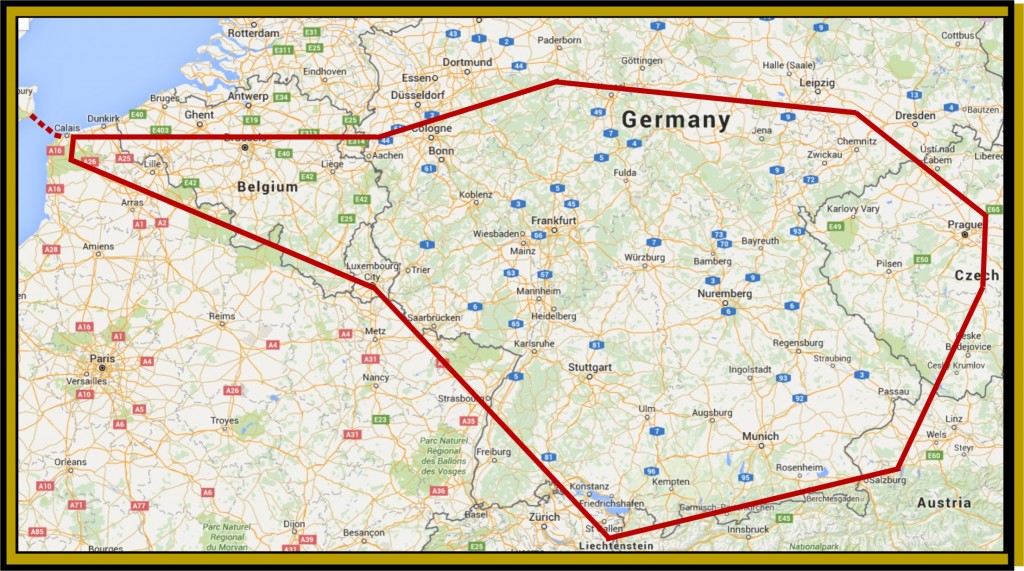 This Rally is designed for Easy Navigation using GPS and is ideal for TomTom & Garmin SatNavs and Smart Phones.

This rally includes the return journey back to Calais

Our experienced Fireball Rally Marshalls will be driving too.  It’s great to know that Expertise and Good Advice is only a fingertip away 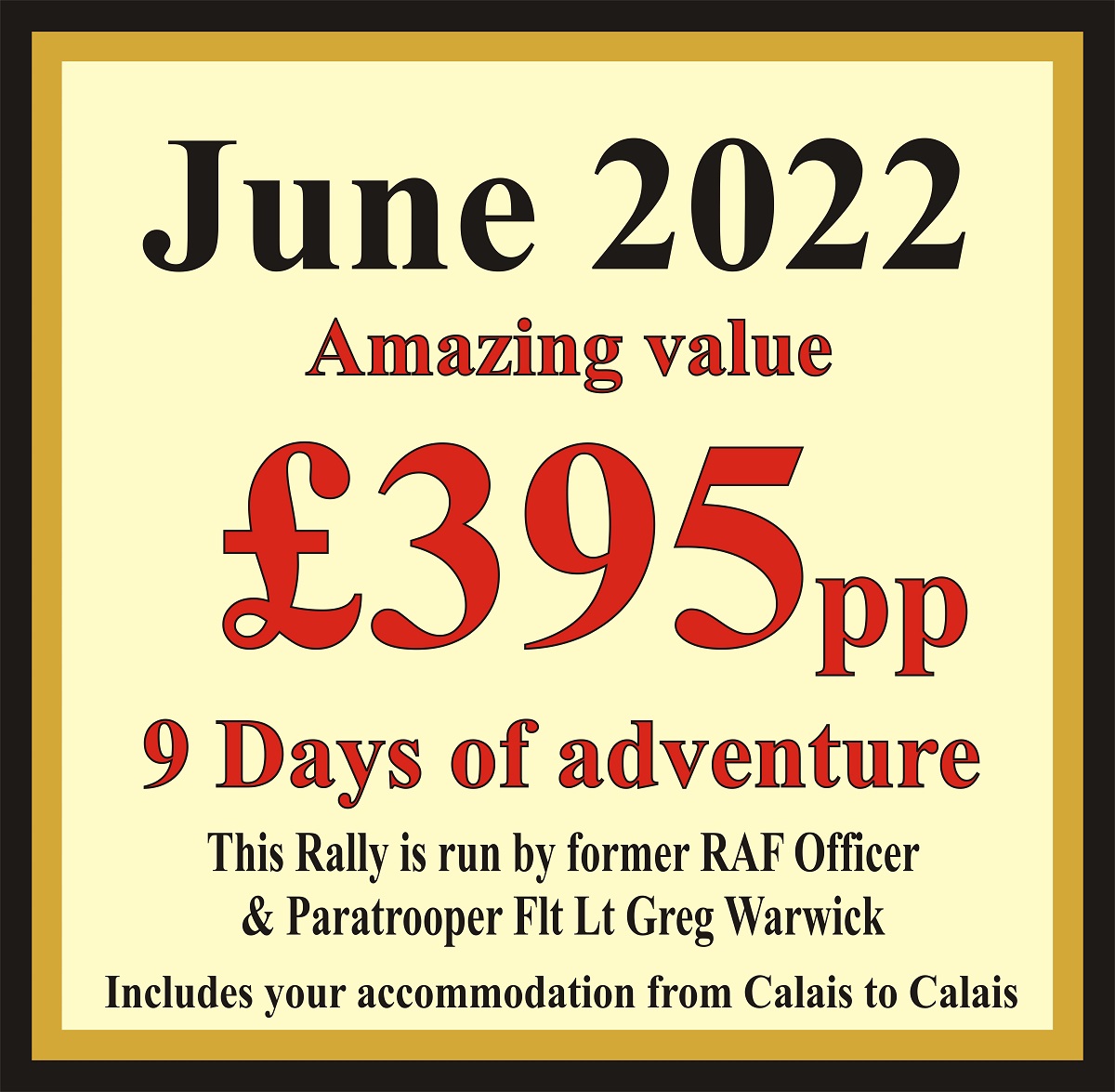 Rally fee can be found in ‘Book Now’

Whilst this isn’t a Rally day, we have our Pre- Rally Briefing in Kent:  Time here for introductions, where all the Fireball Rally Drivers and Navigators from around Britain meet each other and are issued with their Car Decals.  This will be the first rally for some, so an overall briefing of  the Rally will be given in the Bar, including more detailed information on tomorrows leg of the rally.  For ease, this Rally is based on GPS navigation which is ideal for Garmin and TomTom SatNav’s as well as your Smart Phone.   Sat Nav coordinates will be explained along with more information on setting your Sat Navs for the assault on Europe as not every mountain has a post code.  As we’re in the bar area, we’ll all enjoy a couple of quizzes for teams to check their knowledge on continental driving……. and what you don’t know, you’ll find out here.  The excitement and anticipation of a great adventure begins along with meeting fellow adventurers who will become your good friends.

The Rally begins tomorrow at the very moment your car tyres hit the French tarmac.

As always, there’s far more to see on our rallies than time permits, so choose carefully where you would like to go and even research things that don’t appear here.

The excitement of driving abroad to complete the challenge begins as we head for France on our first day as Fireballers. 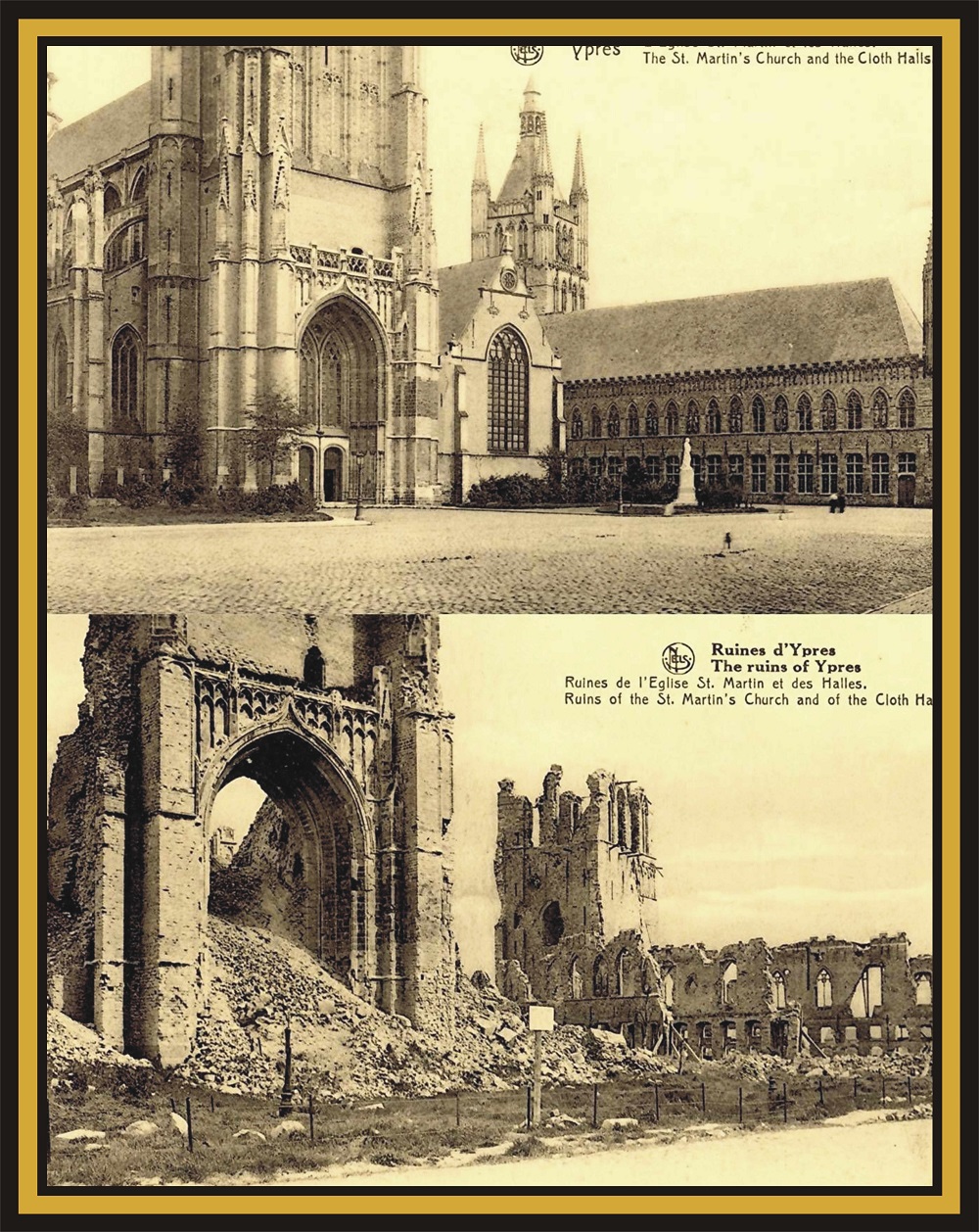 Buglers play ‘The Last Post’  in Rememerence of those who sacrified everything to protect Ypres from the ‘Hun’ at the Menin Gate, Ypres.  This ceromomy takes place every single night of the year at 8pm

We drive through Belgium to spend our first night in Germany. The Mohne Dam is nearby, still bearing the scars inflicted over 70 years ago. We heading East and pass Colditz Castle …. Stop?  Well, it would be rude not too. 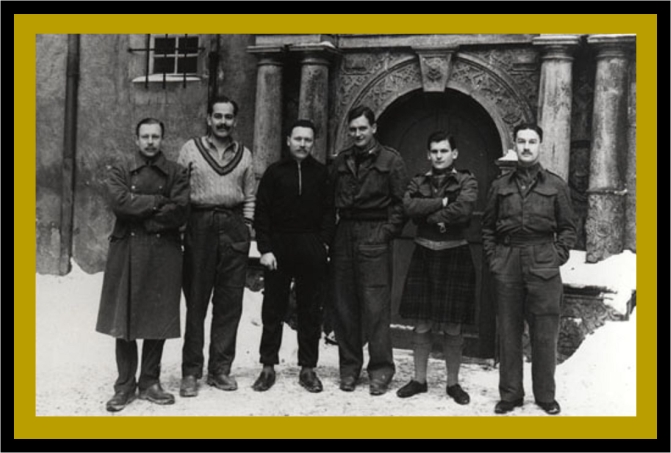 A BRITISH OFFICER (Above in his disguise) – Using ingenuity by altering uniforms, Lt Airey Neave RA was the first British POW to escape from Colditz Castle in 1941, only to be later assasinated by the IRA in 1979.

Two nights and a whole day in the Centre of old Bohemia: Prague, to enjoy a different culture.

We enter into the realm of the old Austro-Hungarian Empire and remain within it as we travel through the Czech Republic and through Austria.  This great Empire was dissolved during the First World War and the Russian revolution claimed many of these countries for the Soviet Block.  Now the Russian Empire is crumbling,  we can visit countries which were behind the Iron Curtain for almost a hundred years. 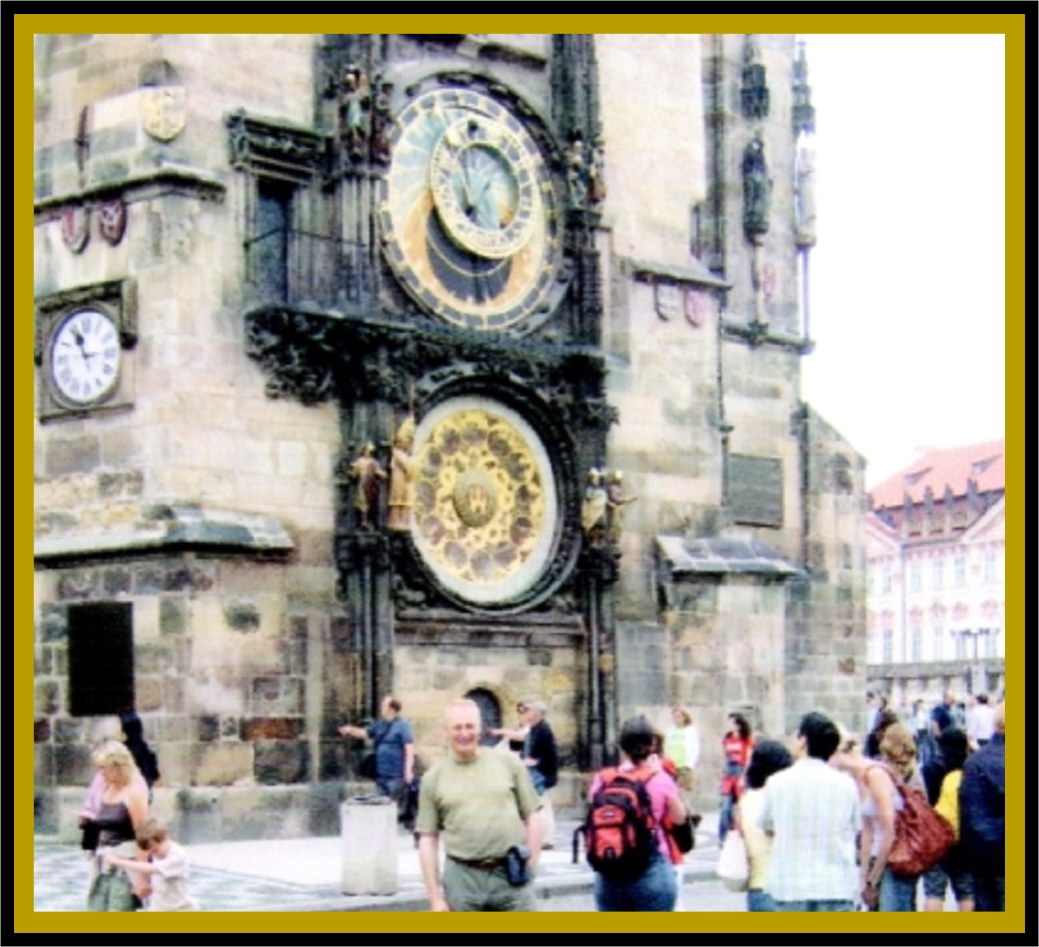 The magnificent medieval town of Prague, was in the centre of Bohemia during the 10th Century and Good King Wenceslas gave alms to the poor.  He was especially popular on the 26th December…….so what special day is this?  Installed in 1410 ad,  Prague boasts the oldest working  Astronomical clock in the world showing the planets movements as well as the time.

THE CHURCH OF BONES We go South West heading towards Transylvania, stopping briefly where it’s considered normal to decorate a Christian Church interior entirely of human bones – the ceiling is adorned by skulls and chandeliers are a surgeons delight.  Is this the way to get closer to God? 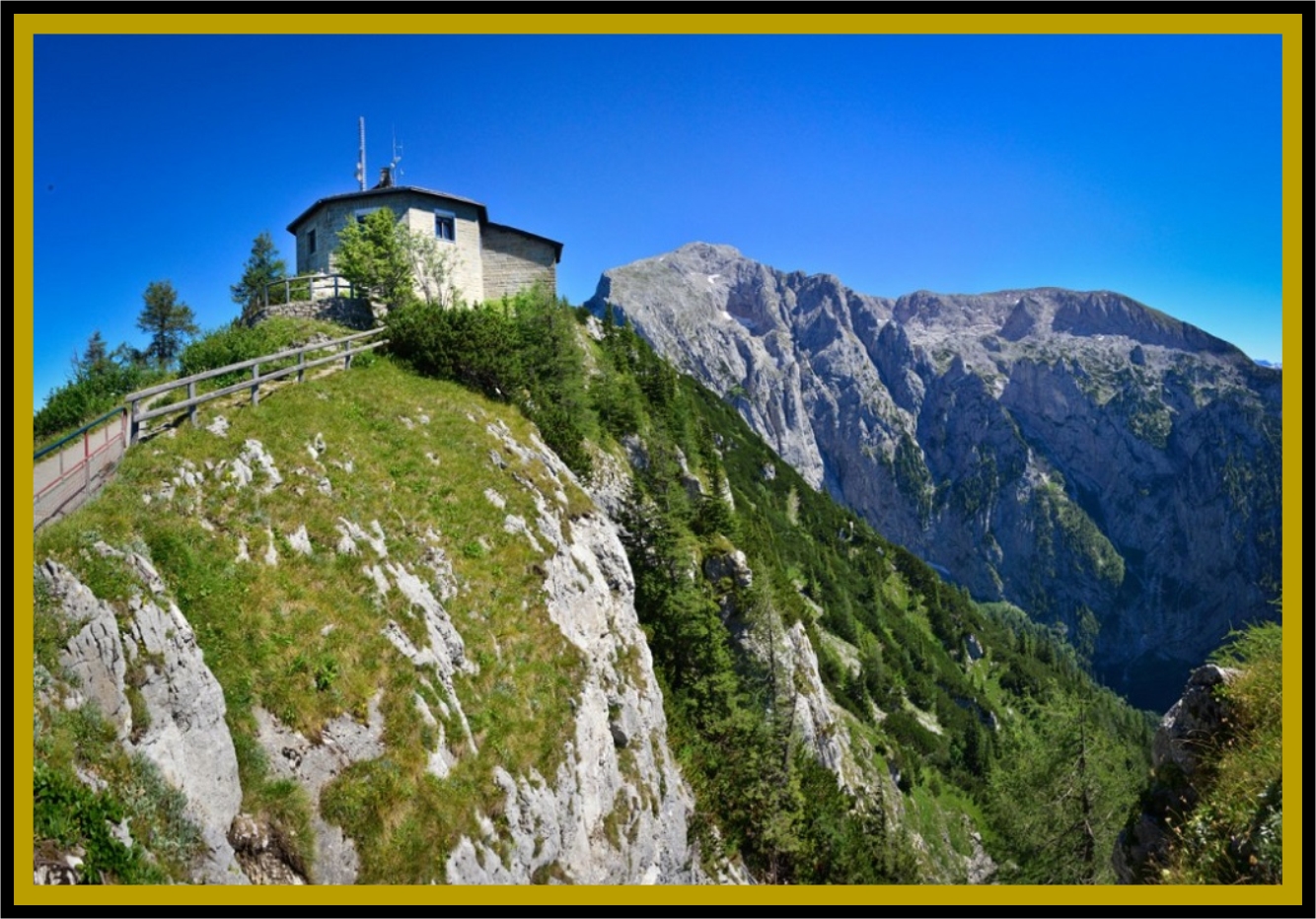 Plummeting South towards Austria and we visit Adolf Hitler’s country retreat, The Eagles Nest.  This is one of the most strikingly beautiful locations in Germany, if not all of Europe, and is steeped in history. Commissioned in 1937 by Reichsleiter Martin Bormann as a fiftieth birthday present for Hitler, the spectacular mountain eyrie spectacularly perched at the summit of the mountain in the Austrian Alps. 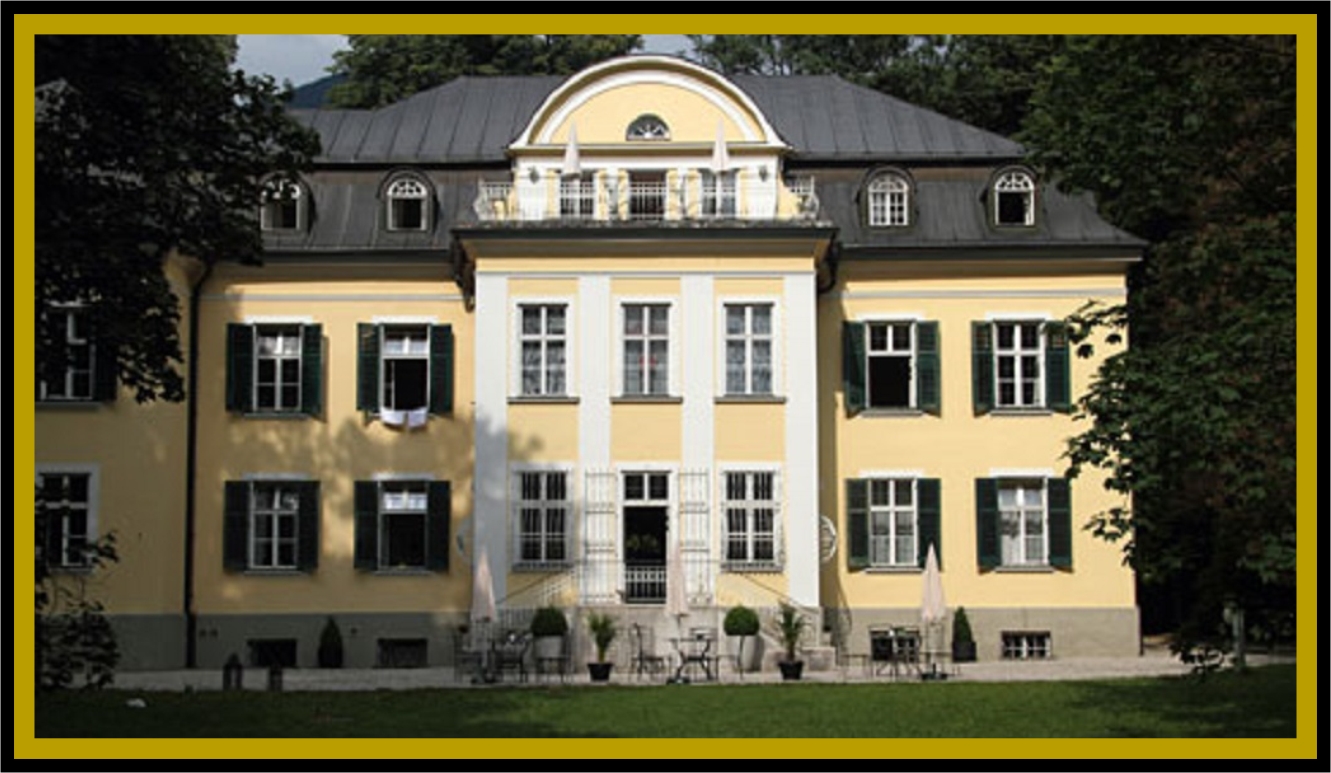 At  the bottom of these same alps, is  Salzburg, where the famous Vonn Trapp family lived. Yes the Von Trapps were real and they did use Music, and an enormous amount of courage to escape the Nazis regime, as shown in the film ‘The Sound of Music’.  You have the opportunity to visit the Von Trapp Mansion (above).

We’re as far South that we are going, but we are next to a true delight.  This castle which inspired Walt Disney’s Castle in Disneyland. 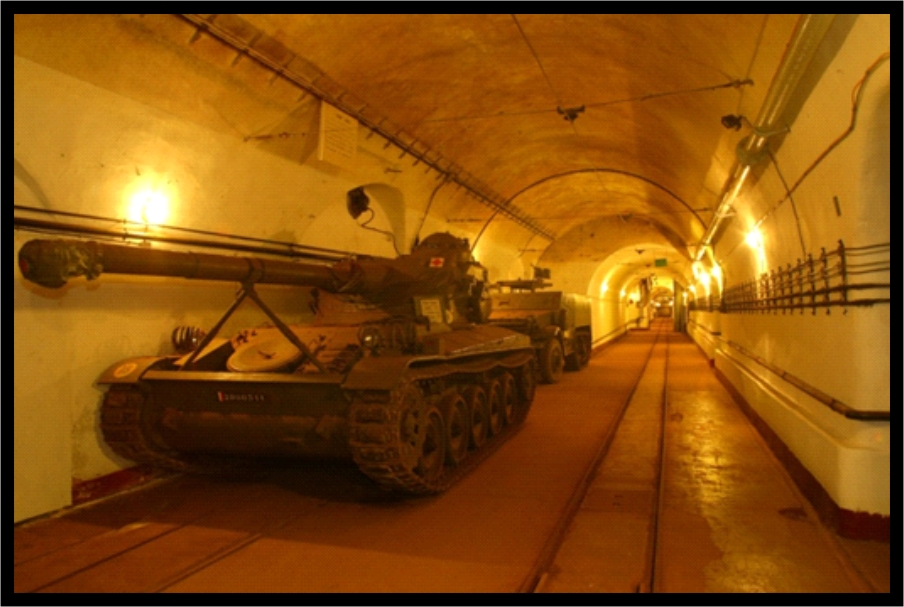 The Maginot line was a huge concrete wall with tunnels you can still enter, (this picture taken 2013)  that ran from Luxembourg to Switzerland, designed to keep the invading Nazis out.

BATTLE of the BULGE 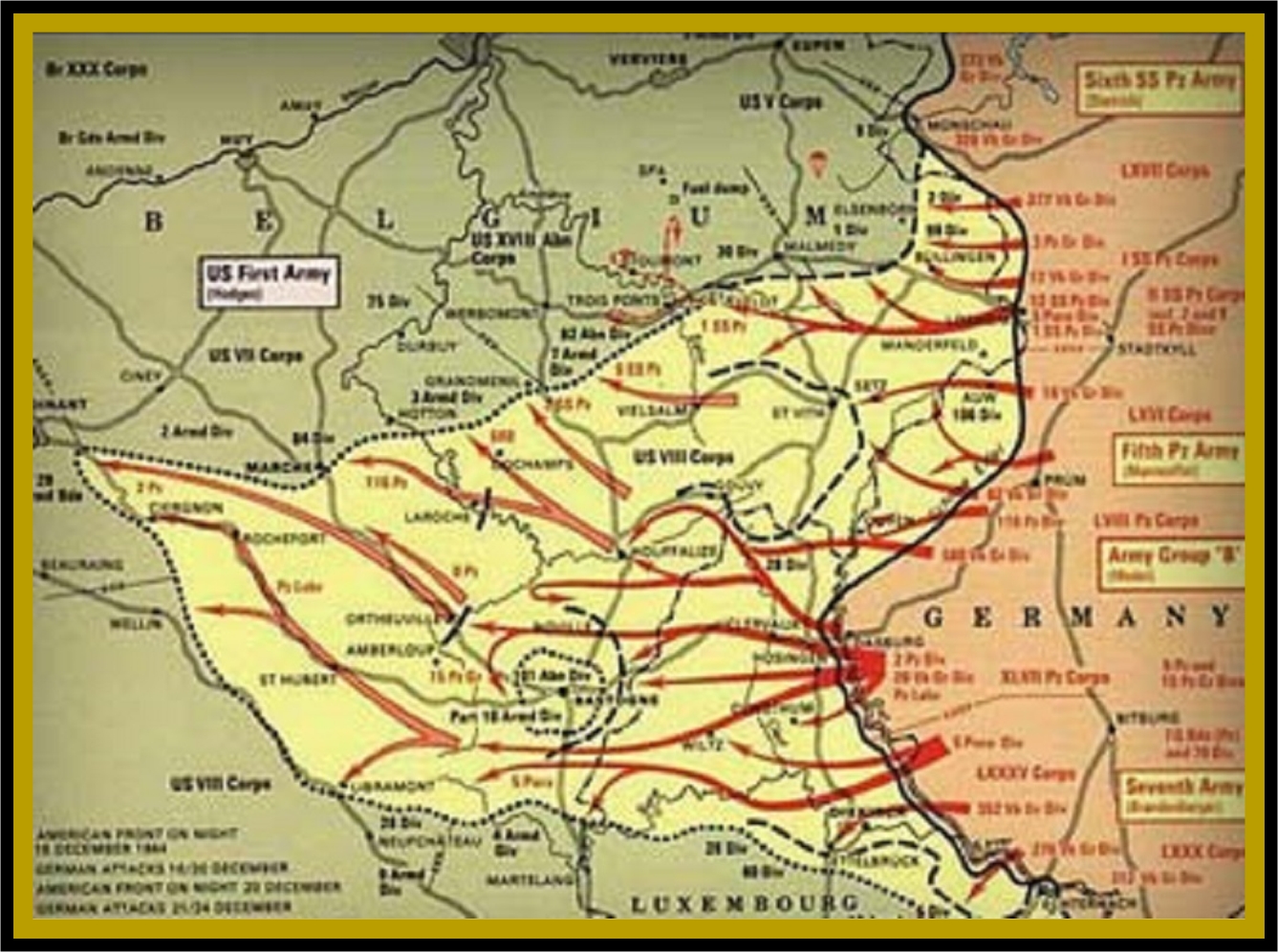 The Battle of the Bulge took place in December 1944  The German surprise attack caught the Allied forces completely off guard. The American forces  took more casualties here than for the entire war! The Nazi also sustained such huge losses that this attack brought the closing stages of the war even nearer. Our Trophies aren’t quite as big as this BUT they are well deserved and treasured by all who receive them ……. it could easily be you.

a) Most money gained for their chosen charity

b) Best and most interesting costume worn every day, all day

c) The most amazing Car Creation regardless of it’s age.

e) The car voted the least likely to make it this far.

With the fresh air blowing away the cobwebs from last nights celebrations, we head North.  The Canadians still maintain their First World War trench system and underground tunnels.  As much fighting, listening and trench bombing was done underground as above.  You can go into this 100 year old tunnel system and wonder what kind of Hell it must have been, knowing it could collapse at the first sign of shelling.

The intrepid Fireballers are set for the journey home. Luxembourg is yet to be conquered before we all join together back on the homeward bound Ferry or Chunnel.  As we drive back and reflect on an amazing week we’ll all be wondering what themes our cars will take in next years rally.  Trust me, we’ll all keep in touch through Facebook as the next Fireball Rally approaches.

Visit this ‘The Block Haus’ which is on the way home, designed to send V-1 Doodle Bugs to annihilate London and rocket powered V-2’s to reach America. 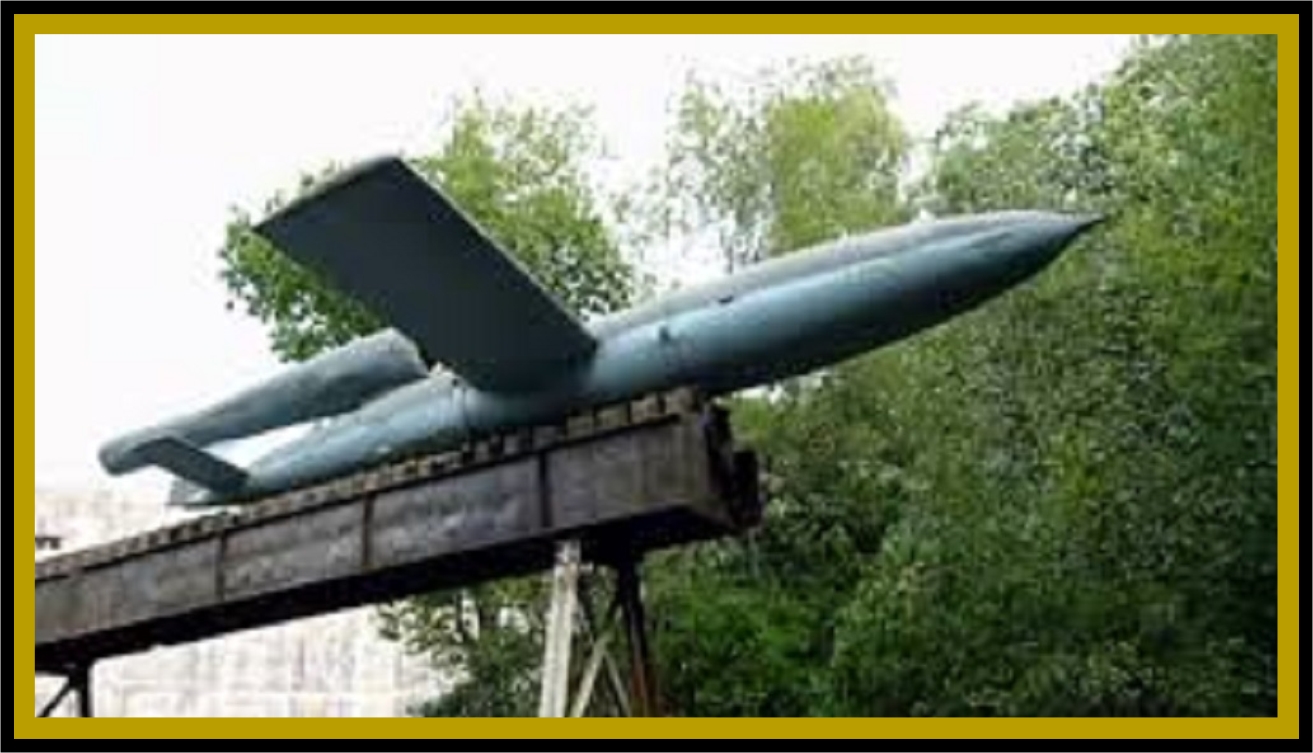 Charity Rally,’ The Fireball Rally ‘ created to allow individuals & small teams to join together in an exciting tour through Europe, creating a HIGH FOCUS for sponsorship.

See how our Rally works here: How it Works

Rally fee can be found in ‘Book Now’

Just send an email with Your Name, Your Address, and The Rally that you’ll enjoy the most, to:

Ensure your team place today, with your deposit of only £50 pp, click and choose your favourite Rally from the drop down menu.